For me, this was the most interesting chart during the WWDC 2012 Keynote.
Android 4 and iOS 5 were released at the same time.  And as of now, here are the percentages of users still on each mobile OS version: 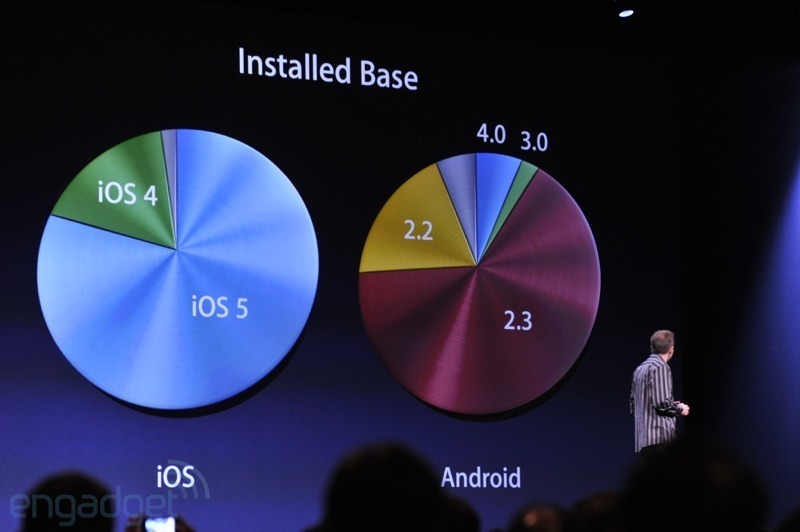 // via engadget
This is one of many reasons it's so challenging to support streaming video on Android.  Even within version 2.3, various point releases fix and break significant chunks of streaming support.
The good news is that both iOS 5 and Android 4 support HTTP based "HLS" streaming, another Apple technology.